My Journey Through the Third-Party Landscape

Ever since I declared I'm not voting for Hillary or Trump (and apparently sold my soul to the devil in the process), I've had a few people ask me, so just who are you voting for?  I will answer that question at the very end of this post, for those of you who like to jump to the end of the book to see how the story ends. 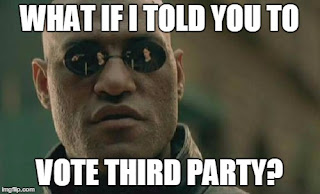 If you're like me, you probably had no idea just how expansive and fascinating the third-party landscape is in our United States.

For example, did you know outside of the Democratic and Republican parties, there are actually 29 candidates for the 2016 presidency that are on at least one state ballot?  (If you include write-in only candidates that do not have a ballot status, the number jumps to 560!)

But the real fun lies with the 21 candidates that are on less than 5 state ballots.  Intriguing options abound, such as independent Joseph "Joe Exotic" Maldonado (pictured here), or good 'ol Dan Vacek, of the Legalize Marijuana Now party.  You have "Princess" Jacob-Fambro, representing the fiery Revolutionary Party.  And we can't forget independent Ryan Scott, who is running his entire campaign via the crowdfunding site Indiegogo. (So far, a grand total of 4 backers have pushed him just barely over his goal of raising $1,100.)

Pacifists can cast their precious vote for Bradford Lyttle, who may get a boost from this weekend's powerful anti-war film, Hacksaw Ridge.  You know, I wanted to poke fun at Lyttle, but after reading about his life, I'm a bit ashamed.  The man is passionate, articulate, educated, and absolutely dedicated to finding peaceful solutions to the world's problems.  He has traveled to hot spots like Moscow and Afghanistan, and written two powerful letters to Obama and Putin,  I wish our leaders were as dedicated to discussing the issues and solving problems.  You may not agree with him, but I think maybe his worldview is closer to Jesus' than we might want to admit. 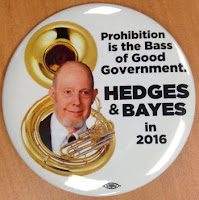 The Prohibition party is alive and well.  It's two candidates, Jim Hedges (who was a professional tuba player!) and Bill Bayes, run on a platform dedicated to making illegal the production, transportation, and sale of all drugs including alcohol.  On the other hand, they are firm believers in climate change and have pledged their support to any global effort attempting to mitigate its effects. Go figure.

I was also intrigued by the American Solidarity Party.  When I saw "solidarity" I figured it must be some sort of Communist pinko liberal group or something.  Turns out I couldn't be more wrong.  The party strongly espouses a Christian worldview, though this view will differ from that of most "Christians" in the United States.  In other words, the right to life, a traditional view of marriage, and freedom of religion are strong platform values.  But so are more decidedly left-leaning views on the environment, immigration, and healthcare.

(C'mon now, we all know Jesus Christ would not want anything to do with immigrants, only gives lip service to the poor, and has a strong desire to obliterate the beautiful creation he made, right?  Who do these people think they are, trying to be consistent with Jesus' message through their whole platform.  Radicals...)

We could talk about these third parties all day.  If such things interest you, the Politics1 2016 election page is a great place to start.


But what about me?  For this election, it comes down to two choices.

The first is Darrell Castle and Scott Bradley, of the Constitution Party.  Darrell is a born-again Christian, and the party platform reads like true conservative's dream ticket.  As one can imagine from the name, the party takes a very literal view on the Constitution.  In other words, if its not in the Constitution, the federal government shouldn't be doing it (healthcare, federal taxes, the IRS).  Conversely, if it is in there, then there is not much left to discuss (gun control, defense).

It is ironic, then, that many of the party's platforms are often viewed as "radical", such as dismantling the IRS, abandoning the federal income tax system, and returning all federally-owned public land to the states.  We are so used to living under such a massive government nanny, I'm not sure most Americans realize just how out-of-bounds our government has grown.

I like the fact that the Constitution Party has been around for a long time - since 1992. It has had time to hone it's platform and think through the issues.  The party is consistent, and has a very clear view of the values that put the United States on the map.  The strength of the party means there is a cohesive national presence, and Castle/Bradley appear on the ballots in 24 states, including Michigan.

However, I am uncomfortable with the party's total renunciation of the "perceived" threat of man-made climate change, rejection of all amnesty for any immigrants currently living in the United States illegally, and a call for a moratorium on all immigration until immigration law has been reformed.  I'm all for a common-sense approach to immigration, but this stance seems overly harsh.

In addition, I'm not sure Castle has the experience.  He has had a full and storied life.  He has been involved in politics and law for a very long time.  And he has served inside the Constitution Party for many years as well.  But he really hasn't held any public office of note, serving only in various party chairman roles, and also as the 2008 party VP candidate.  The lack of experience concerns me. 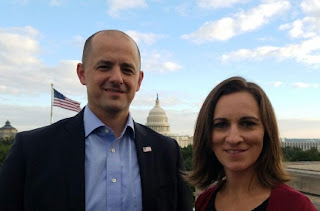 So who's left?  Evan McMullin and Mindy Finn.  McMullin/Finn are running as independents out of Utah.  My wife pointed me to McMullin a couple weeks ago, and it has been fascinating watching his clout grow so quickly in such a short time since he announced his candidacy on August 16.

Evan is a Mormon, and has become something of a rock star in Utah.  His no-nonsense view of our political landscape, combined with an easy-going and non-divisive demeanor, make the conservative McMullin/Finn ticket very appealing indeed.  If you've not heard of McMullin before, this ABC News story is a great intro.

As independents, McMullin and Finn do not have a party platform to lean on.  However, they have developed a very comprehensive, conservative-based viewpoint on all the major issues facing our country today.  One thing I appreciate about their platform is that it encompasses what in the past has been called "compassionate conservatism".  Acknowledging that we have a responsibility to those in need, and those who desire to call this great country home. 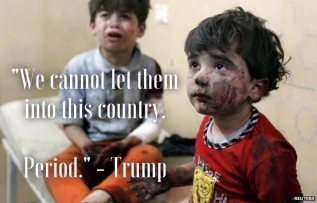 For instance here is what McMullin said about the refugee crisis:  "So, I think there’s a lot of hysteria, unjustified hysteria around the refugee situation. And I think we need to be more careful, and thoughtful, and accurate with the way we talk about that issue, because it has implications for a variety of other interests that we have overseas."

He has a bit more experience than Castle working inside our actual government, but not by much.  As a CIA operative, he drove intelligence and counter-terrorism operations in the Middle East, North Africa, and South Asia.  Evan was a senior advisor to the House Committee on Foreign Affairs (no doubt due to his extensive "boots on the ground" experience in the world's most volatile hotspots), and has also served as the chief policy director of the House Republican Conference.

After all this research, I am going to cast my vote for Evan McMullin.  Evan is only on the ballot in 11 states.  Michigan is not one of them, so the write-in route will have to do.  Note: If you are going to write-in Evan, make sure you spell his name right, or it won't count.  Not only that, but you also need to write-in "Nathan Johnson" as the vice presidential candidate.  Why not Mindy Finn?  Read this How to Vote for Evan page to understand.  Best to bring a little card into the booth with you, just to make sure.

As McMullin's website says: This election is about more than the White House. It’s about the character of our nation.