God is freaking out! 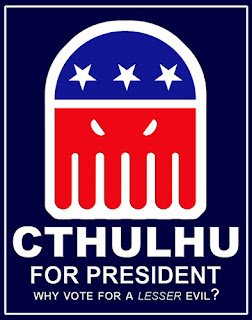 A couple weeks ago I posted a blog entry outlining why I felt Christians should not vote for Donald Trump.  The resulting commentary was very educational.  For instance, here are a few things I learned about me:

But the most important thing I learned is that God must be freaking out.  Apparently, voting third-party is the same thing as voting for Hillary Rodham Clinton, and if she wins, the apocalypse will be upon us, and God is powerless to stop it.  So God needs me to plug my nose, ignore my conscience, and vote for Trump in order to save our future from the possibility of a liberal Supreme Court.  Or a woman president.  Or something.

And that is what I just do not understand.  This pervasive and overwhelming feeling of fear and desperation emanating from from all corners of Christianity.  Jesus said, "I have told you these things, so that in me you may have peace. In this world you will have trouble. But take heart! I have overcome the world."  Instead of grasping this truth, we are desperate to once again feel the shallow security of a government that was in bed with the church, and completely incapable of trusting our all-powerful God when it's not.  Of course we keep saying "God is in control."  But are we acting like it?

One influential minister claims that if Hillary is elected "the church in America will be severely crippled."  Really?  Hillary Clinton has the power to cripple the church of Jesus Christ?  Think about that for a moment.   How sad to have such an incredibly low view of the church, and the power that sustains it.  And this is why I dismiss such claims from those who would so quickly sow discontent and fear amongst the believers.

Before Jesus was crucified, he was grilled by Pontius Pilate, the Roman principal governor over Judea at the time.  Pilate kept pushing Jesus, trying to pin him down.  Was he a troublemaker?  A criminal?  A king?  Jesus told him, “My kingdom is not of this world. If it were, my servants would fight to prevent my arrest by the Jewish leaders. But now my kingdom is from another place.”

It is not my job to save this country.  It is not my job to make America "Christian" again, or great again, or whatever.  It is my job to love God with my whole heart, and to love my neighbor as myself.  As one blogger said, "[The apostle] Paul didn’t tell the government to overcome evil with good. He told us to." 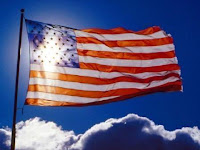 Do I love this country?  Of course I do.  Do I want to see it succumb to liberal poppycock?  Not at all.  Do I want the travesty of Roe vs. Wade to continue?  God forbid.  And I will vote accordingly.  Because I do not buy the line that a vote for Trump is the vote for life.  As one blogger stated so lucidly, "Trump is a walking-anecdote for the various cultural ideologies and trajectories that the pro-life movement opposes. Specifically, by voting for Trump, they endorse someone who in his personal life has not merely lived in, but *reveled* in the moral atmosphere and commitments that stand beneath our abortion culture."

Every single article or posting that attempts to devalue a third-party vote usually spends an inordinate amount of time first explaining why Hillary is not fit for holding office.  This is unnecessary.  We understand that HRC and her platform is antithetical to traditional Christian faith, that she is a criminal, and that she and her hypocritical followers are unable to draw the obvious connection between the treatment poor black men receive in our criminal justice system, and the disparately favorable status enjoyed by Hillary Rodham Clinton - a poster child for the powerful rich, white elite of this country.  I get it.  I really do!  :)   This is why I am not voting for her.

But it is also for the very same reason that I cannot vote for Donald Trump.  I feel in my heart I would be a hypocrite if I did.  I cannot vote for the lesser of two evils, as I am still voting for evil.  As one third-party candidate said, if we do not have a principled electorate, how can we have expect a principled president?

I've had a number of people ask me who I am voting for.  Next week I'll outline a few viable candidates, and who I am leaning toward.